The time to pick and choose colleges and majors is coming very soon for Leyden’s class of 2016. While many may have no problem in getting support for their dreams of studying a medical or science major, some may have to face the perceived, and potentially real, lack of value for their major of choice: the arts 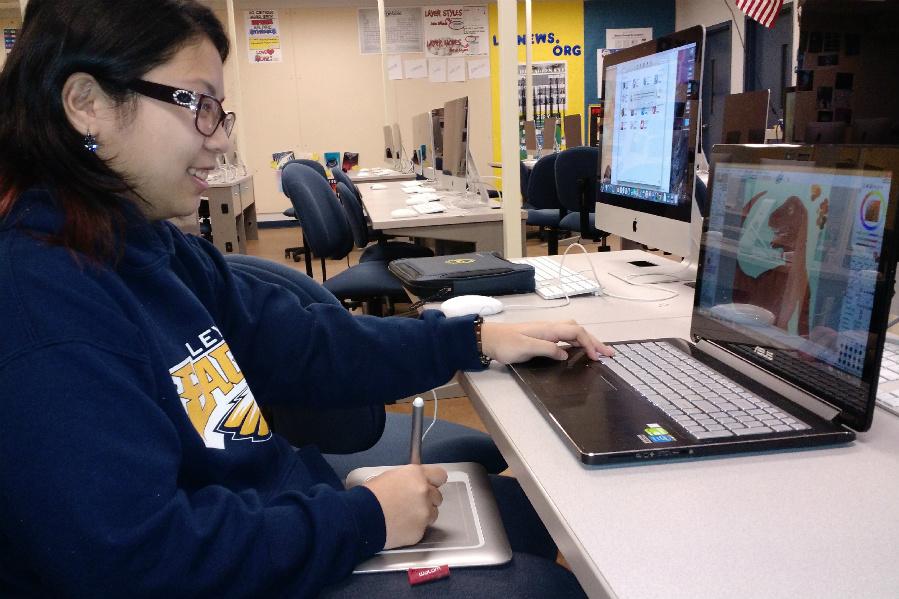 Sources tend to disagree about the number of jobs that will be available in the arts over the next decade.  Some argue that it will be slower than average and others expect an increase as current artists retire. One point of agreement, however, is this: competition will be fierce and talent will be required.

“We actually have quite a few students who pursue arts in college,” said Adrianne Nix, an art teacher here at East Leyden.  “There has especially been a boom in the creative technical realm in the past 10 years and so in Photography and Graphic Design we try to expose students to those college and career options as well as there are so many new opportunities in those fields.”

Senior Mariel Labajos has been an art student since her freshman year. Throughout her high school career, her dedication in the arts has been recognized and acknowledged by other students, teachers, and administrators. Labajos’ art portfolio consists of a variety of styles with an emphasis on digital media.. She is perhaps the only AP Studio Art student this year who uses a Wacom pen tablet and laptop to create her pieces. In the upcoming fall semester of 2016, Labajos will be attending the American Academy of Art in Chicago.

Labajos hopes to get a job for a major gaming company and be a type of video game artist. With her two passions being art and video games, Labajos also hopes to combine her two passions and have a job that she loves to do. “I want a good job with a good company with enough to earn so I wouldn’t have to support myself with a second job,” she added. “But in all I just hope that if I work hard enough, I’ll land a job that’ll make me feel like I don’t have a job, just an extension of my hobby.”

As ideal as her views are, her parents however, did not share the same idealistic views for her future.

“They didn’t really take me seriously at first,” Labajos said. “When they realized that I was serious, they were worried because of the [stigma] people have against artists.” Labajos explained how her parents are worried of the job security and are afraid their daughter may end up being a “starving artist.” Eventually, they started to recognize her abilities and thus began to proudly support her. “I’m really thankful for that.”

Other than Labajos, senior Kamilla Wielgat also plans on studying art in college.

“Ever since I was a kid, art was my thing,” Wielgat said on why she was passionate about her major of choice.

“Art was always there for me, so I just knew I had to do something with it.” After spending a lot of time with her mother’s camera while she spent her sophomore year in Poland, Wielgat was inspired to pursue a major specifically in film at the Pratt Institute at Brooklyn, New York or Columbia College here in Chicago. “My parents support me a hundred percent, and I’m lucky to have the parents that I have because I know most would be worried about their child going into a field that doesn’t guarantee a job.”