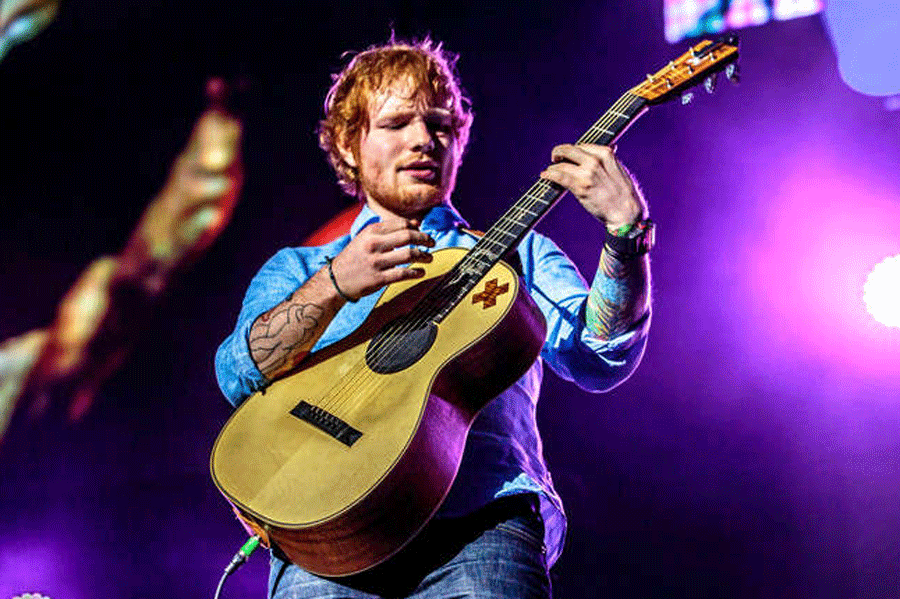 Ed Sheeran finally broke his silence in the music world, recently releasing two new singles that will be a part of his new album, Divide.

Sheeran made his first appearance as a British singer with the single “The A Team,” performed with Elton John.  The song was nominated for Song of the Year at the 2013 Grammys.

Shortly after, Sheeran rose to fame with his first official album, Plus, which featured the famous single and landed him on tour with Taylor Swift. The world fell in love with his pure, simple sound, which often included only an acoustic guitar and vocal talent.

He released his second album, Multiply, which continued his pattern of album covers featuring mathematical symbols. The album earned him two Grammy Awards in 2016, however, the famous singer went on a conspicuous year-long music break from creating music, performing, and interacting with fans on social media. It was as if he fell off the face of the Earth for a year.

Last month, Sheeran surprised his fans by changing his Twitter, Instagram, and Facebook profile picture to a blue background with a division symbol, as well as tweeting it.  Hopeful fans were curious and delighted at the implication of a new album on the horizon.

Sheeran delighted fans by releasing two new singles in advance of the record release: “Shape of You” and & “Castle on the Hill”.  When I saw his tweet, I quickly opened up my Apple Music app and listened to the two new singles.  I loved them both; however, true fans and followers of Sheeran had mixed reviews.

“Shape of You”, the first song I listened to, really caught my attention.  The first ten seconds of the single features a marimba beat.  The addition of the marimba creates a percussive sway throughout the whole piece.  As you listen to the lyrics, Sheeran sets up a scene of him meeting a woman and “falling in love with her body.” The lyrics here are a new, scandalous side for the normally sweet, soulful Sheeran.

“Castle on the Hill”; however, featured the emotions fans are used to.  Musically, The beginning reminded me of the popular song by Sheppard, Geronimo.  The whole song is mostly guitar driven, but still highlights a percussive beat. Lyrically, Sheeran focuses on memories and growing up in his hometown, a more familiar,  heart-felt subject from the deeper side of Sheeran.

The singles suggest that Sheeran’s style of music is changing, and his true fans can really tell.  Although I like the new, electronic touch to his music, I miss the songs where it would just be his voice and his guitar.

In the past week, Sheeran has also left his fans with another surprise: a whole list of all the songs that will be featured on this next album, releasing in March.