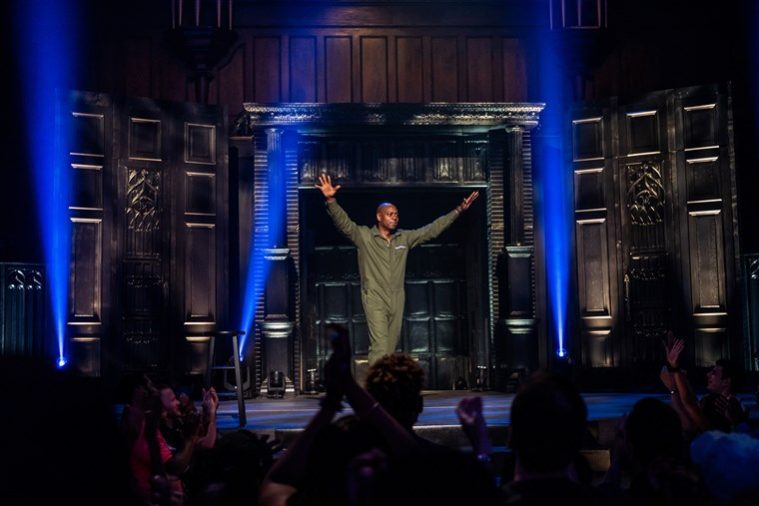 Dave Chappelle’s newly released Netflix comedy special has been the center of controversy and poor ratings from critics, despite a very positive reaction from the general audience.

The veteran comedian is under fire for multiple jokes from the one-hour show, specifically a bit that, “included a racist impression of a Chinese person,” and for jokes that have been labeled as transphobic and misogynistic. A large portion of critics believe that a lot of Chappelle’s jokes were crass or in bad taste. Some of the jokes that Chappelle told were in response to the destructiveness of the current political climate and with it the  different political groups have arisen from to. In one of these jokes Chappelle makes fun of his friend and fellow comedian, Kevin Hart, for making homophobic tweets many years ago that resulted in Hart losing his job of hosting the 80th Academy Awards. After releasing this special, Chappelle has found himself in a similar situation for making fun of the LGBT community and many others.

Despite an overwhelming amount of debate and harsh critic reviews for the special, the general audience had a very positive reception to the new special. Popular film and television review site, Rotten Tomatoes, shows a remarkable 99% audience score with about 36,000 reviews. These overwhelmingly positive reviews mean that Chappelle must be doing something right. Leyden senior, Maddie Dominio, thought the new special was, “funny, but inappropriate.” Maddie has seen Chappelle’s other Netflix specials but didn’t think that those were as “raw,” as this one. Many of Chappelle’s fans are drawn to this special because of the rawness and boldness of Chappelle’s new set. Unlike many comedians today who craft their jokes within the boundaries of their audience’s feelings, Chappelle has never been afraid to go out of those boundaries to make a joke because of the reactions that he receives from them.

In another bit, Chappelle denies the people who accused Michael Jackson of sexually abusing them when they were children. Chappelle has gained a large amount of mostly deserved criticism for this joke yet people seem quick to forget charity work he’s done for some of the groups he pokes fun at. In the past Chappelle has teamed up with celebrities such as Rihanna to raise money for victims of natural disasters and African Americans living in impoverished communities. Although his charitable work shouldn’t completely pardon him for the very rude jokes he made, it shows that he’s making these jokes to create controversy and produce reactions from the general public.