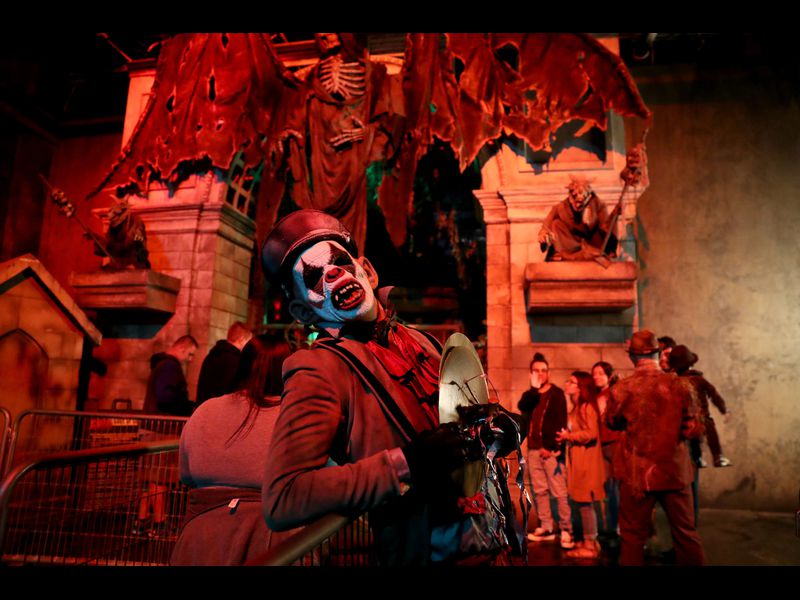 The 13th Floor Haunted House has been scaring visitors for the past few weeks with this year’s attractions: Creature Feature, a feature of all your classical monsters, and The Other Side, a small spin-off of the popular Netflix show, Stranger Things.

Visitors travel through Creature Feature and come face to face with werewolves, nuns, mummies, vampires and more! But don’t forget about The Other Side, which has visitors enter into a run-down laboratory and be transported to the other world. General Manager, Erika Daybook, calls the haunt, “A highly immersive walkthrough theatrical performance that sets out to entertain, scare, horrify, and make you laugh.”

It’s no shocker that the 13th Floor Haunted House is doing amazing with each night rolling by. Weekdays are usually the slowest nights for actors, while weekend nights are the longest and busiest.  Krystina Shadd, a Leyden student who went through the haunted house, said, “It was amazing, like just waiting in line was like scary. I loved it. It was really cool. The actors had really cool costumes and their makeup was good.”

Of course, makeup and costumes can only get an actor so far. Those who work at 13th Floor are placed in different spots each night for a variety of different scares, meaning employees need to have more than just an interest in scaring people. They have to have a real passion for this kind of work. “As I grew older, I kind of like got into the horror scene and got more involved in scary stuff.” says Casper Van Oss, a scare actor. “And so when I started scare acting, it was combining two of my great loves. And I found out that I was actually pretty good at it.”

Daybook agrees that her staff is talented. “I hope they’re (customers) excited to be scared,” she said. “I hope that they see the actors giving it their all and that they leave somewhat entertained. We also want them to be excited for our new themes that we do every year.”

As Halloween grows near the show does become more expensive, but you can still find nights to go for cheaper. Although it’s highly recommended to go on weekends, since there’ll be more actors working, even though it’ll be quite pricey. It’s a thrill to die for.