Fizzle, Pop, No More Cent Per Drop: Soda Tax Comes to an End 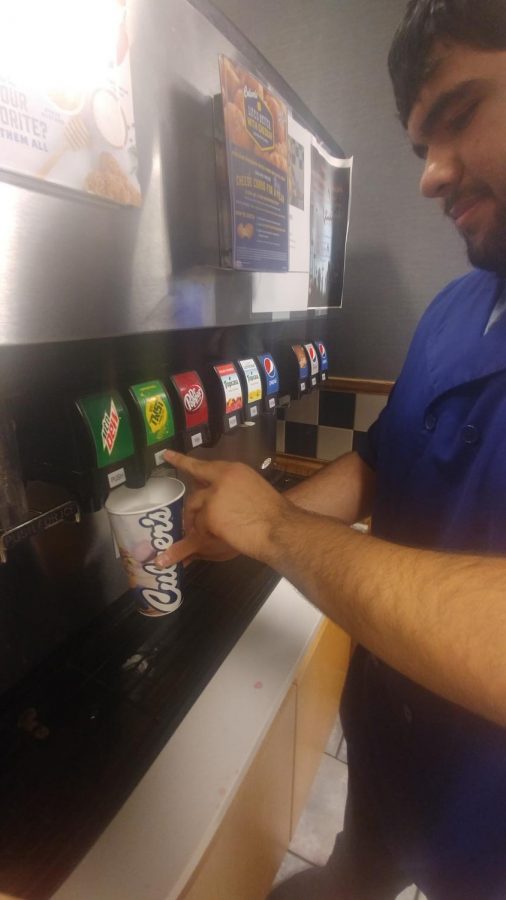 In an overwhelm majority, county leaders voted for the repeal of the tax, winning in an astonishing 15-2 vote. The tax was originally placed into effect on August 2, 2017 after being victorious in a narrow vote of 9-8, creating a rule that for each ounce of sugary drink, you were to be taxed one cent. The purpose for this tax, much like the cigarette and alcohol tax, was to discourage the buying and using of these products in order to improve one’s lifestyle.

Cook County Board President Toni Preckwinkle defended the tax by stating the extra $200 million in annual revenue was essential for funding county services, according to an article by CBS Chicago. Others believed the tax might be a step in combating obesity and diabetes in the community which is a critical issue.

Yet the tax will remain in effect only until December 1st of 2017. After that date, you can crack open a cold, sugary drink with your boys or girls in peace. Oh how refreshing that must be and you can thank your community members who decided their voice should be heard and elected to write to their representatives.  The swift repeal of the tax was prompted by dissatisfaction of citizens, many of whom argued that this tax was mostly an attempt to grab more money from the public.  In the same article by CBS Chicago, Commissioner Sean Morrison, who aided the fight for repeal, stated “It was the citizens who made this. The citizens who made the phone calls, who wrote the letters. Without their involvement, this likely would not have passed.”

At Leyden, many students were delighted to hear this bubbly tax was popped, but there were some individuals who were in favor this tax. Culver’s worker and senior Eddy Reyes was one of those individuals, believing “It’s a small price to pay to help out Illinois that is a bit in debt.” Since the passing of the Soda Tax, Reyes says the sale of meals including drinks “hasn’t changed” stating that although customers noticed the tax, it really didn’t change their buying habits for the most part. However, Reyes did state there were a few complaints, people saying that “the soda tax is too high and that we (Culver’s) should change it, but it is not in our power.” Overall, Reyes did encounter some complaints, but when it was explained, “most people were very understanding.”

Senior Emmy Sharaan who initially believed the tax was no big deal, later realized how much more important this tax was when seeing the major price rise. Sharaan believes that the money issue we are currently experiencing is the main purpose for the tax, and it is not necessarily for the public’s health benefit. “They’ve known for a long time that a lot of sugar causes obesity, but they only decided to do it (pass a tax like this) now,” she said. “If they really wanted to do it for health they would have done it a long time ago, and if they wanted to efficiently deal with the obesity issue, it wouldn’t be in a certain region, it would be all over the state or even all over the country and would be fair on all things, not just soda. It would be more like candy or anything really sugary and unnecessary.”

Sharaan feels better now that the tax is being repealed as she thought it was “bogus” to begin with, but to her it demonstrated the power of the public. “The people’s opinion matters too,” she said. She believed that a more “reasonable” tax approach to fighting obesity might work.  “The tax was not the issue completely. It was the way it was executed and brought up.

Whether you were in favor of the tax or disliked it to begin with, it will not be an issue for the mean time with the repealing of the tax. Although the attempt to help improve public health also promised an annual $200 million for public services, the overwhelming backlash and complaints coming in and out of the representative’s desk caused the soda pop tax to fizzle out.