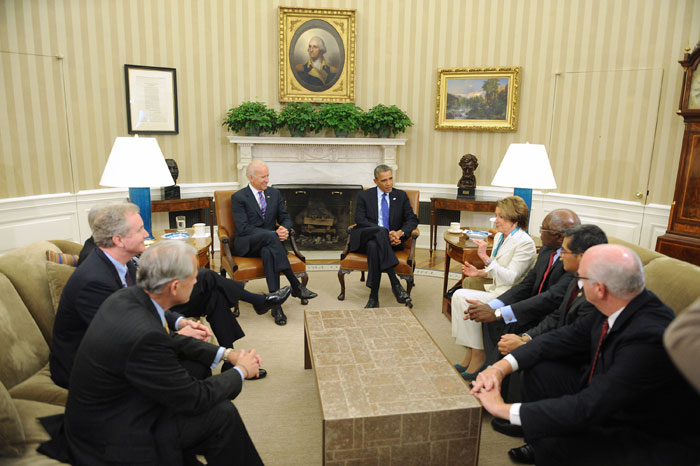 On September 30th, the United States federal government was shut down. Because the immediate effects of the shutdown haven’t harshly impacted the Leyden area, many students still do not know exactly what it is.

In simplest terms, according to U.S. History teacher Johanna Heppeler, the government shutdown only includes nonessential parts of the government.

This means that “certain non-essential parts of the government have furloughed, meaning that government workers are on unpaid leave,” she added.

National parks, the Food and Drug Administration, and the United States Department of Agriculture are just some examples of government agencies that have been fully or partially shut down.

But why did this happen and what does “Obamacare” have to do with it?

According to Ms. Heppeler, when the budget for the fiscal year had to be passed, “certain House representatives wanted to pass a budget, as long as it included a delay in the start of the Affordable Healthcare Act.”

However, the Affordable Healthcare Act, also known as Obamacare, had already been passed by Congress, signed by the president, and deemed constitutional by the supreme court.

In other words, it is already a law.

“Because they could not come to a consensus due to the divisions in the house over Obamacare, the the threatened government shutdown became a reality,” she added.

With a debt default looming on the horizon, what can be done to “open” the government? According to U.S. History teacher Alex Jomarron, a negotiation of the debt ceiling needs to occur in Congress.

These negotiations are easier said than done.

In saying this, Obama means that he doesn’t want to set the precedent that when a political party doesn’t get something they want, they shut down the government.

However, The Washington Post informs that the House Republicans have met with Obama and their meeting was described as, “a good first step.”

Yet, with tonight’s midnight deadline looming, talks between both parties have yet to produce results. Americans and the world are left wondering, who will blink first?