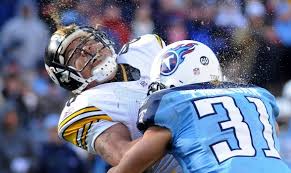 Prompted by a number of high profile NFL cases and controversies, Leyden and all other high school sports have revised their rules and policies to prevent and limit concussions.

The IHSA (Illinois High School Association) has mandated a number of changes in the wake of recent concussion research. Leyden’s Athletic Director, Mr. Randy Conrad, explained: “Back six or seven years ago, pamphlets were just being distributed to athletes regarding concussions. After the IHSA was mandated by the state legislature, they have since put forward a powerpoint presentation and video that every high school athlete has to watch regarding concussions.”

According to the IHSA, besides the presentation being viewed by student athletes, “Information on the school’s concussion and head injury policy must be a part of [an] agreement contract… that a school requires a student athlete and his or her parents or guardian to sign before participating in practice or interscholastic competition.”

Upon further investigation, Leyden’s policy is directly in line with the IHSA’s policy. All student athletes watch the concussion presentation and sign the concussion contract before beginning any competition, just as the IHSA requires.

A recent example of the new concussion protocol was witnessed by Junior and Varsity football player Steven Gulo. Steven was concussed on a hit during a game this season. According to Gulo, “the trainers basically asked me a bunch of basic questions such as, what day it was, what happen during the play my concussion occurred and they asked me to memorize 3 random things and they would asked me throughout the night to repeat the 3 words.” Gulo was kept out practice and games for 11 days. He was only allowed to return after a follow up meeting with the trainers. Gulo recalls the trainers asking if he still had any symptoms from his concussion and he was given a concussion test on an iPad before he was allowed to return.

Gulo’s case is quite common and the sport he plays is most closely linked to concussions: football. Concussions and football have been linked since the early 2000s, when initial research was conducted and the findings were published. The NFL initially denied that players health problems after football had something to do with their days in the NFL. After lawsuits, court cases, more research, and former players deaths, the NFL has dramatically changed its attitude towards concussions and player safety.

The event that sparked the link between concussions and football took place in 2002. Pittsburgh Steelers legend and Hall of Famer Mike Webster had recently died of a heart attack. His brain was being analyzed by top neurosurgeons and neuropathologists: Dr. Bennet Omalu, Julian Bailes, Robert Cantu, and Ann McKee. They discovered structural deformities on Webster’s brain that led to his declining health before his death. They examined a total of 14 brains from NFL players who died from suicide, accidents, or drug abuse. Of the 14 brains studied, 10 showed signs of structural damage, later named Chronic Traumatic Encephalopathy (CTE).

After vigorous research and countless studies, Dr. Omalu published his findings. He met harsh backlash from the NFL, who immediately denounced his study and demanded that he retract it.

Over time, however, the NFL has made a complete change in policy. Starting in 2009, the NFL made a series of rule changes to make the game safer for players. They also adopted a plan to help former players whose health problems could be linked to their playing days.

The largest event that has stemmed from concussion research happened in August of 2013. The NFL settled a lawsuit filed by more that 25,000 former players and almost 9,000 relatives of deceased players regarding the carelessness of the NFL regarding player safety. The settlement was for an astounding $765 million and more if necessary.

While this seemed like a huge win to almost everyone involved, after the settlement was reached, some players dropped out of the case. According to ESPN, “a total of 220 individuals — 196 former players, 22 relatives of NFL retirees and two who went unclassified — opted out by last month’s deadline.” Along with the dropout, ESPN also reported that some leading brain trauma experts also denounced the plan because it, “pays nothing to ex-players exhibiting mood swings, aggression and other behavioral problems they link to repetitive brain trauma.”

Although the plan does have some opposition, the general attitude of those involved was that of pride. The attorneys for former players, Christopher Seeger
and Sol Weiss, issued a statement confirming the players feelings of success. Their statement read, “With over 99 percent participation, it is clear the retired player community resoundingly supports this settlement.”