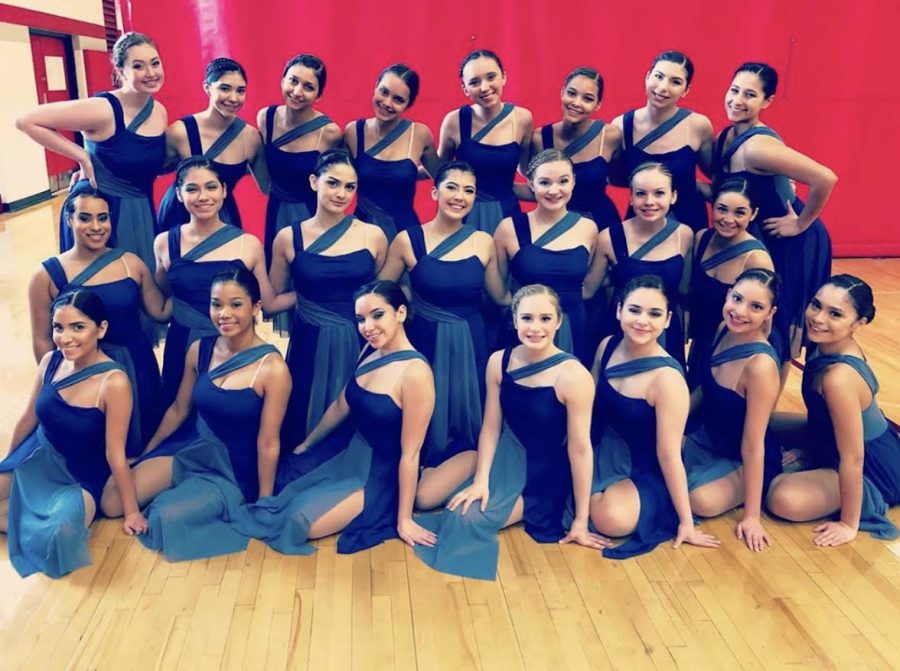 Leydenettes is a varsity dance team which includes students from both East and West Leyden. This year is the first year where the team had their first freshman. Kylie Kopecky, an East Leyden Freshman has been dancing since she was four years old. Kopecky mostly focuses on lyrical type of dance and plans to continue dancing in the future. Other than dancing with Leydenettes, she also dances at her own dance studio called “Aspire Dance Company” and has been there for nine years.

Kylie’s family has been apart of Leyden for many years now, Kylie’s mother was our very own leydenette as well and encouraged her daughter to try out for the team. Ever since she tried out for the dance team in April, she has been an amazing addition to the team. Due to extravagant amount of dance skills, we have been able to add Kopecky’s skills into many of our routines. “Being the first freshman on the team has made me happy to have so many new friends and bond with the upperclassmen.”

Kopecky’s joyful and outgoing personality once she broke out of her shell has only made our team love her more. Having a freshman on the team where it has only been sophomores, juniors and seniors had made everyone create a bond with Kylie and help her through her journey of her first high school year.

Most dancers would see Kylie as a freshman and that beside her skills would be upset that she gets many solos compared to seniors who have been on the team for three years. That’s not how the Leydenettes react to Kylie, every teammate gives Kylie words of encouragement when she doesn’t know what to do for her solo. They sometimes might even come to Kylie and ask her for advice on how to improve their skills.

She also states that “Having solos in both competition and game routines has made me feel proud of what I am able to bring to the team.”

The team and the crowd are all in awe of Kylie and her special talents as a dancer and everyone can’t wait to see what the future holds for her.