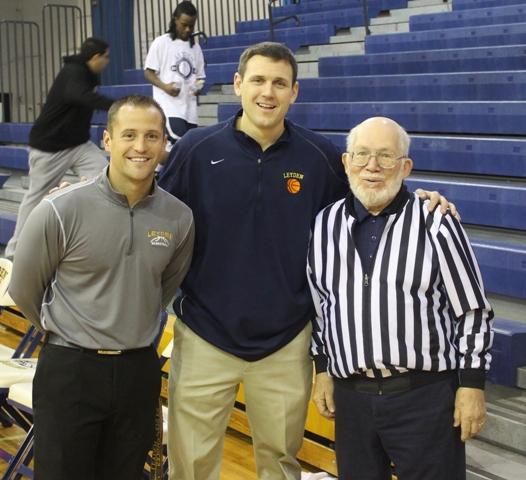 Class of 1954 East Leyden Alumnus Mr. Jack Gregg has kept scores and statistics for Leyden’s varsity boys basketball games for 64 (66 years counting junior and senior year) years in a row. This weekend’s game (12/12) would be the 1,625 game in a row that he has attended. To place that into perspective, he’s kept score two years prior to East Leyden’s field house being built and hasn’t missed a game since.

“They built it when I was a senior, and they opened it the next year. That’s when I started keeping score here. I was keeping score for a couple of years before that, when I was a junior and a senior, but they hadn’t built this yet. I’ve lived through, if you look at the 1954 yearbook, [and in there] you’ll see all the construction on the page breaks,” said Gregg, “We played Morton, the first game ever, and then I’ve been keeping score ever since, so that’s 64 this year.”

Even though now he only keeps score for basketball games, he didn’t start with basketball. “I was doing football when I was a freshman, but then I was drafted because I was running cross country. [My coach] talked to the football coach and said ‘He does a good job keeping stats for us, so you might want to have him keep stats for the football team.’ So I did that.”

Additionally, he was the sports editor for the Leyden HiLites newspaper his senior year, where he wrote stories about basketball, football, and wrote a column about sports too. “I was assigned to cover basketball and football and write a column, so I was on the HiLites way back when, so he’s [his journalism teacher] the guy that started me,\ and kept me going.”

Within those 66 years of keeping score, he kept score for Norm Goodman’s 733 games, Glen Grunwald, Tom Gore, and Jimmy Rogers, who was the assistant coach for the Bulls and started him in basketball.  Jack recalled one of his favorite memories being the one where the 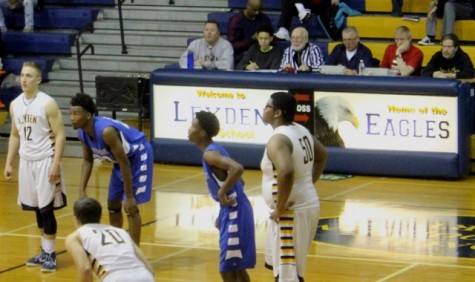 Outside of Leyden, Gregg worked for Nelson Steel Company on Belmont and Washington, as the director of Information Systems, where he designed computer programs for manufacturing systems (where this year he is nominated for the Wall of Fame). He also was on the committee that founded Triton College and Franklin Park Park District. Additionally, he was the Precinct Captain for 44 years; four time Village for Franklin Park, serving 16 years; and served as a Chairman alongside Vance Hester (who at the time was the planning commissioner). He was also founder, along with his first wife, of the La Leche League (the organization that supports breastfeeding children that now is a worldwide organization).

Yet, his hobby remains keeping score for the basketball games, and even though it takes him 63 miles to drive to every game, he says that “as long as my Honda holds up and as long as my heart holds up, I just keep coming back.”