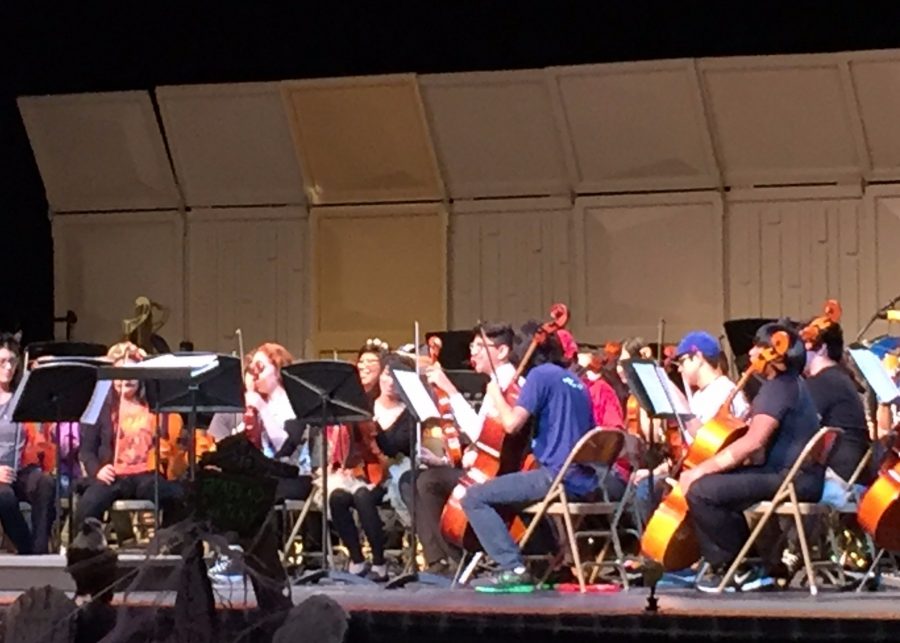 Wednesday October 26, Leyden’s “Very Frightful Instrumental Concert” took place at West Leyden’s Auditorium at 7:00 pm. This band concert, which occurs every year, just keeps blowing everyone away. The beautiful music they perform and the creative costumes they all wear are definitely something to see. For some of the band members, this may be their last concert, but for others, it’s their first.

As someone who hasn’t been to many band concerts at Leyden, I can say that going to one is very worthwhile. All the students performing have put so much time and effort into all their parts and it really shows when it comes to performance time. Senior Kinga Obrzut says that her “favorite part of rehearsing is being able to work on a wide range of music and falling in love with each of the pieces [they] play.”

All their instruments are so versatile, from tubas to clarinets to the cymbals, and they make it work. It’s amazing to see what our own student body can achieve.

It’s also amazing to walk in and see the auditorium decorated in Halloween decorations. As they bands are playing, there’s a small graveyard in front of them adding to the spookiness. You turn to your right and there’s also a Frankenstein statue staring at you as you watch the band perform.  Even as the music is playing, it has a spooky feel to it that will make you love listening to every second of it.

Like I said, this concert occurs once a year, and it’s definitely worth attending! If you didn’t get to go to this one, make sure you attend it next year and you won’t be disappointed.