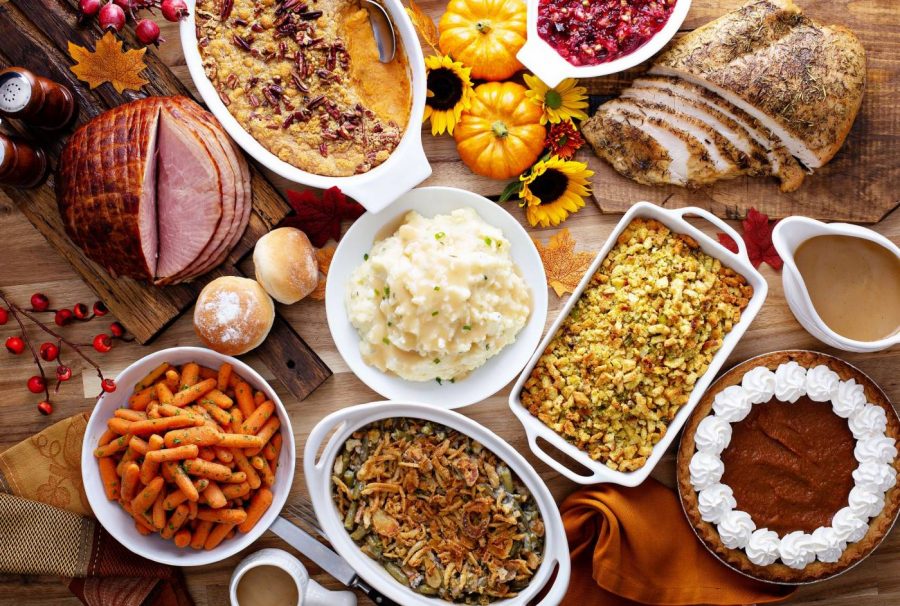 As Thanksgiving rolled by, many of us might have not thought about what we ate at the dinner table. Although, many people may have viewed their food differently that day. Some Leyden students gave their stories and memories about their meaningful Thanksgiving dishes they had.

Meet Albert Ly, a Leyden senior, who celebrates Thanksgiving with a special twist of his own Vietnamese heritage. His meaningful dish is rice crackers. “What makes it special to me is that it’s been there for every Thanksgiving, even if we had no turkey or mashed potatoes, rice crackers was always there as a side dish,” he said. “Rice crackers are usually made back in Vietnam for special occasions, or like when we’re eating out.” He relives one of his memorable moments:  “When I was 11 years old, we had Thanksgiving dinner, and at that time I didn’t really want to talk to anyone. So I would go to the kitchen, where everyone was eating, and I would get a plate of mashed potatoes, turkey, and a handful of rice crackers.” He doesn’t know why that moment sticks out to him, but in his words, “It’s one of my personal moments.”

Next is Elizabeth Ortega, a Leyden senior, who also celebrates the day of enjoying wholesome food. Her meaningful dish is her aunt’s mashed potatoes. “Those mashed potatoes, due to the fact that our aunt used to not celebrate Thanksgiving with us because she moved out of the house, but since she came back to visit, that’s when we started bonding with each other and that was the first dish that she brought home. Now it’s signature.” She tells us her memorable moment: “It felt like we were actually a family because usually, we don’t eat together at the dinner table. We don’t have dinner together, we don’t have breakfast together, even lunch since we’re at school or at work, but that moment when we have,  mashed potatoes, that’s expected. So everybody enjoys it. Because everybody can eat it.”

Last but not least, Jorge Sandoval, a Leyden senior, who doesn’t celebrate Thanksgiving, but appreciates the food. His reasoning for not celebrating Thanksgiving, as he says, “Because I’m an immigrant. It’s a celebration I have never done and I don’t really celebrate much stuff.” Although he may not roister about the holiday, his neighbor does and treats Jorge to his secret dish, jam. When asked about the jam, here is what he had to say, “Oh, I don’t know the name, it’s just one that my neighbor does and it’s super delicious… I just know it’s good.”

It goes to show that people have different ways they feel about their Thanksgiving dinner. Maybe next year, you should think more about what dish stands out to you.