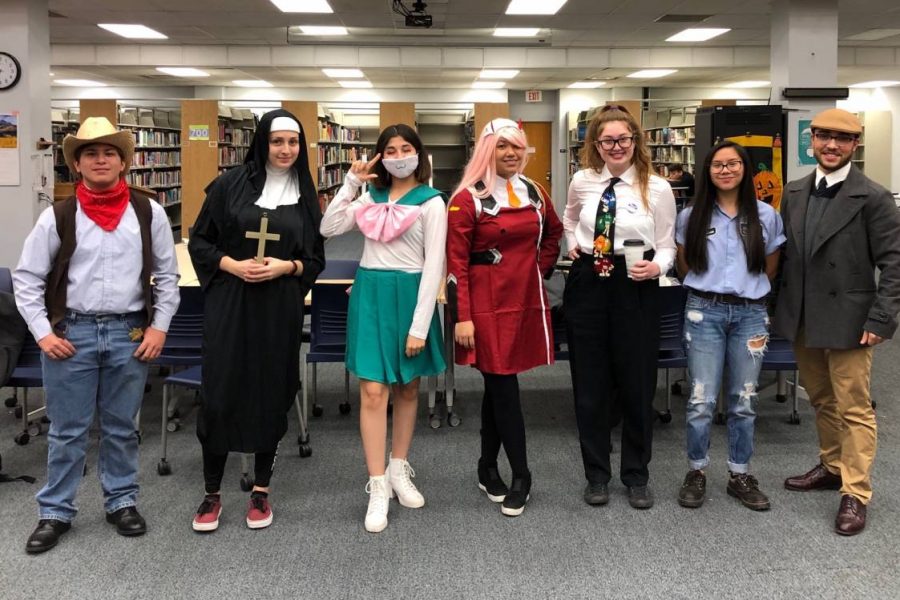 This Halloween, a costume contest the library hosted for students to come and try to win during lunch periods.

This is the first time the event happened thanks to the new librarian Ms. Caneva.

“This is our first year. My after school club, Lit. Leaders came up with the idea to hold a costume contest to get everyone in the mood for Halloween.”

Being the first year of this contest Ms. Caneva explains that the judging in the contest is very loose.

“We are looking for creativity, the person really selling the costume (i.e. being the person they are portraying), and following the Leyden guidelines for Halloween costumes.”

The judges for the contest would be the members of the Literacy Leaders that would judge for every lunch period.

One of the winners of the contest is a junior, Cielo Acevedo who won during 6th period. Her costume was Sailor Jupiter from anime Sailor moon, she explains that her mother and herself worked on the costume for months.

The prize each winner received a $5 Javaccino card which was convenient since Javaccino was happening the following morning.

If you are interested in entering the contest you have a year to plan out your costume to try and win that prize. We hope to see more eagles competing in this event and keeping the Halloween spirit alive at Leyden.