Death to Dances – Who’s to Blame? 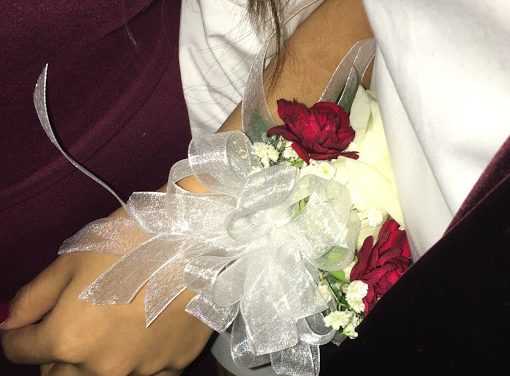 This past Friday’s turnabout dance seemed to follow its regular routine of a low attendance as well as following the natural trend of steadily decreasing student attendance.

Throughout the 4 years I’ve spent here at Leyden I’ve noticed an increase of low attendance at school dances and a decrease in school spirit. Does this fall back on the students, is it something that staff have to take credit for or is it just because of our ever evolving culture promiscuity ?

I read some articles online and found that John Jay High School in Westchester County actually cancelled their school dances back in 2010 when “only 26 students showed up to the Homecoming dance”. That’s a bit much to compare to Leyden homecomings since there’s always way more than 26 people who show up, however the students have definitely noticed a decrease in attendance. “You can definitely tell the difference between how many people go to Hoco and how many go to Turnabout,” said Stef Czyz, a sophomore here at Leyden. Some students decide not to go to at all, but those who do decide to go usually end up leaving early. “It’s usually just so hot, and everyone gets sweaty and gross; plus the music is just bad, so we usually leave after like two hours and go to like Wingstop or Portillos,”,junior Allen Muniz said.

The music played at school dances, especially homecoming, is always one of the first things mentioned when people talk about what they dislike about the dance. Some years, more memorable my junior year,  they’ve sent out google docs asking us what song or songs we’d want them to play. The music played still wasn’t the BEST, however it was considered to be better than this past years homecoming playlist which made it seem like we were back in 2015. Does the “older” music help calm the adults of worries about the students “grinding”, twerking or dancing “out of manner”? As the years change so does the “good” music. 2015/2016 had Adele, Meghan Trainer and more “safe” artists topping the charts. Nowadays we have more provocative dances and songs with people like Meg the Stallion and Cardi B being some of the most influential women in music as of late last year. The principal of Gorham High School in Maine “sent a letter to parents and students “ explaining that they would be “canceling school dances because of students’ dance moves and the “culture of grinding”. Not only does it make it uncomfortable for the students but it also makes it uncomfortable for the teachers that chaperone.

The progressive lack of discussion around school dances can also affect the attendance at these events. “I honestly didn’t even know when turnabout was until like the week before”, says Stef. Teachers, especially those who are mostly teaching the upperclassmen, seem to talk about upcoming school events less and less every year. Turnabout and Homecoming were once everywhere with posters and tweets but each year there has been less of that. Personally I never had a teacher this school year who brought up either dances aside from my journalism class which only brought up homecoming when it came to how we would report on it. Turnabout seems to be forgotten about after sophomore year since upperclassmen typically don’t go. But is it the teachers fault for not talking about it more or ours for just not taking the initiative to be and stay involved?

Should we be responsible for making things better? Should the staff? Or is it something we as a whole should face and create solutions to make it better? Think about it, and don’t be afraid to leave your opinions in the comments below!