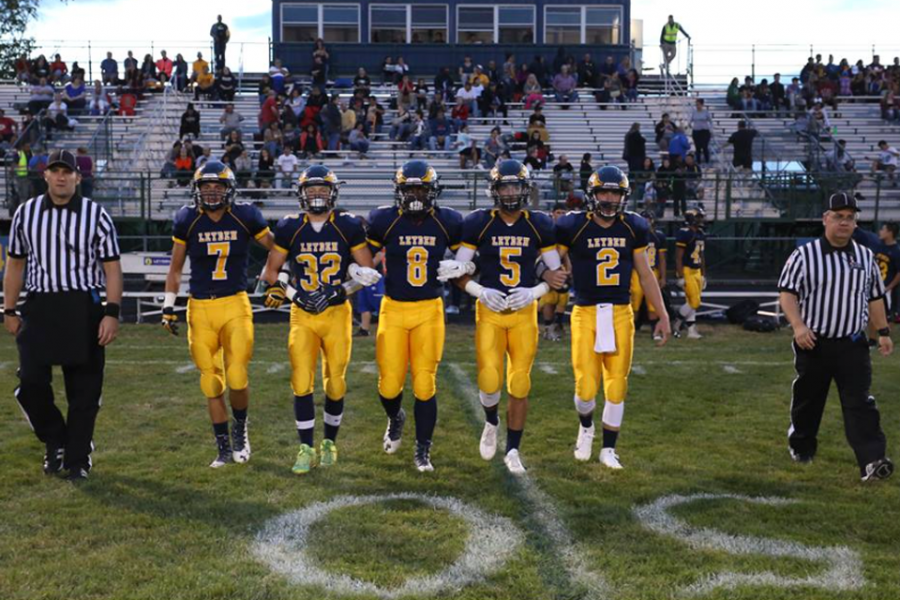 With fall sports well on there way a lot of pressure seems to be weighed in on these athletes the most. Boys soccer trying to boost the momentum for playoffs. Volleyball looking for another unexpected season. Also, Football trying to use experience to an advantage. It seems as though these athletes have a lot of expectations on their shoulders.

Starting with soccer the boys last year were ones to remember making it all the way to the Sweet 16s. Last season the team didn’t seem to have won any big conference games until it was playoffs where they really shined but couldn’t pull through making it “bittersweet”. They had an overall record of 10-6-1 and are coming for a vengeance. Now with a new team comes new relationships and this team seems to be stronger than ever. Varsity Soccer Player Kristian Havran’s way of handling pressure would be “Practice hard and have a chill vibe with the team.” Even though the season has started similar to last years with not many wins they hope to be able to kick up the momentum more into playoffs. “We have plenty of opportunities to demonstrate our dominance,” says Havran.

Girls volleyball came out of nowhere last season having one of their best seasons yet. “It was one to remember,” says Kamila Zieba, Volleyball player. With a 10-1 winning streak and winning there Eagle Invite last year along with many other tournaments, this team is looking for the same results this season. This season the team hasn’t gotten the same kickoff as they did last year, but repeating as Eagle Invite champs may have been the boost they needed. “I believe we have the potential to do better,” said Zieba. To the girls staying calm is key and not letting the expectations from last season get to them. Zieba’s way of handling pressure would be “stepping up and becoming a leader, [to do] do better than the day before.”

Football is a sport that has had its ups and downs in the past, missing the playoffs by so little. This year’s pressure is founded on the fact that last year was junior heavy, meaning most of the starters were Juniors. Now that those starters are seniors, the experience and leadership come with expectations. “I think this year we have the potential to be a very good team if we play the way we are capable of,” said quarterback Michael Wilms. Because football has had its past experiences of coming up so short on high impact games such as Addison Trail and Morton, they must not let that get in their heads this season in order to be successful. To Wilms, “the key is to just be [ourselves] and work hard everyday.”

These athletes have much pressure to live up too. Having prior success makes that extra push that these athletes strive for. “Playing pressure free is a majority key in success,” says Havran. Which can be true for all athletes.