Lonzo Ball: Just a New Rookie or Even More? 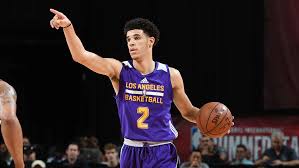 Lonzo Ball has had a horrid start to his NBA career, with so much pressure put onto him by his father and many NBA fans as well.  While the 20-year-old dealt with plenty of pressure, when he is on the court, it is a different story.  Lonzo Ball has just broken a record last held by LeBron James.  The Los Angeles Lakers rookie became the youngest player in NBA history to record a triple-double, finishing with 19 points, 12 rebounds, 13 assists, three steals, and three blocks, in his team’s 98-90 loss to the Milwaukee Bucks.

Ball, at 20 years and 15 days old at the time, rounded out his triple-double at the start of the fourth quarter, pulling down a rebound.  He was just five days younger than James was when he recorded his first triple-double.

Although having a rough start to the season, Lonzo has had good moments, and this was an encouraging sign for Lakers fans as well as his own fans.  Jaquet Hardimon mentioned, “This is his rookie year.  I think he’s finally coming out of his shell… and showing what he’s got.”

While breaking Lebron James’s record, he certainly is expected to have the do-it-all abilities James relied on in his early years when the Cavaliers roster was threadbare. Expectantly, we could perhaps see a duo between the two.  This is what sophomore Jaquet Hardimon had to say about the future with these two, “Lonzo is good… I think him and Lebron will team up in the future.  Them two together; it’s gonna be fun.”  This is not the only thing to come from Lonzo Ball, we expect to see much more throughout the season.