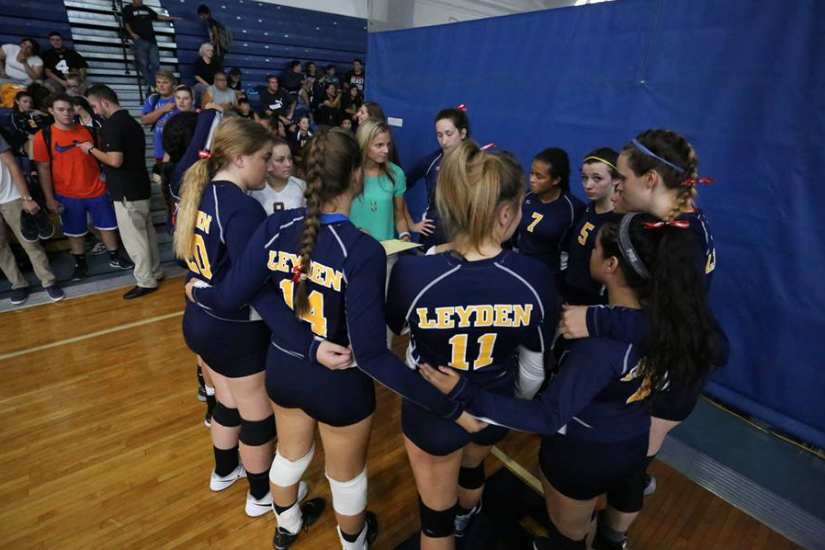 Volleyball has a lot to prove having just gotten back its two captains from an injury at the beginning of the season, and DGS seems to be the team to beat.

The Eagles have had a rough history when going against Downers Grove South. Losing last year, the year before, the year before that, and so on. With just looking at DGS’s overall record of 6-6 you would say that Leydens record of 10-7 makes this team easily beatable. But when looking closely at the stats you would see that they are currently undefeated in conference, in comparison, the Eagles haven’t won a conference game. “We usually don’t come out on top, but we always try our hardest and give them a good fight.” says captain, Natalie Payne.

Having DGS and Leyden in the same conference puts a threat onto the girls of whether they will be able to pull through. Talking to the ladies they say how they get themselves prepared mentally for the game and talk about what they need to improve on prior.

Getting this victory will be the boost they needed for the rest of the season. The team has been preparing the most they’ve ever had to assure this win. In order to do that they just need to play the way they have been. “If we win, we’ll prove to ourselves that we are a good team and we shouldn’t hang our heads over little mistakes we make,” says Payne. If they keep playing the way they know they could they’ll have the chance of coming out victorious.

Captain Autumn McGee states, “I want everyone to come to the game to see how we have improved and are capable of beating them.” Attendance to this game is highly recognized in that the eagles want to go out and prove everyone’s expectations wrong.