Leyden’s XC team back up and running 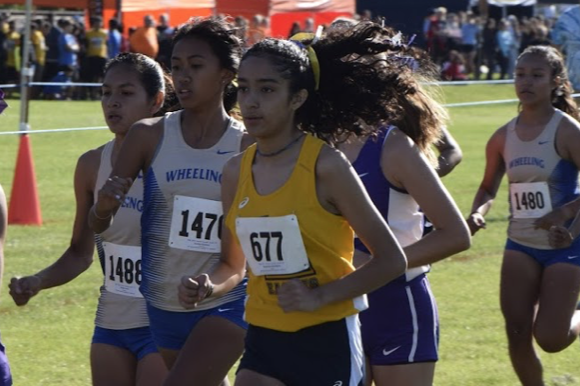 This past weekend the Eagles attended the 39th Annual John Kurtz “Early Bird” Cross Country Invitational competing against 28 other schools, one of them being conference opponent Addison Trail.

The invite, hosted by Fenton High School located in Bensenville, was Leyden’s first big 5 km (3.1 mi) meet this season.The boys varsity team placed 11th of 20 spots, having two of the runners on the team place in the top 50 as individuals. Those runners are senior captains Jose Garcia and Daniel Casarez.

“Personally the meet didn’t go as expected,” he said. “I was still able to compete, which is what coach wanted. Coach understood that the competition was tough, but they still felt like I competed. Overall, the race felt good the first mile and a half, but shortly after, my legs felt very heavy from previous workouts earlier the week”.

“This was a very competitive meet, some of the top schools and athletics in the state like Glenbard west and Hersey were attending the meet,” Casarez explained. There was also a returning runner that is ranked nationally. The overall competition from every team was very strong and I can say first hand every single runner was a fighter.”

The girls placed 16th as a team that weekend, led by sophomore Stephanie Dominguez, who placed 58th with the time of 20:40.60.

“I think it went pretty well,” Dominquez said. It was a tough slow course, so it was harder to break my PR but I still managed to get a good time of 20:40.”

Even with some thoughts of not performing well, the Eagles still have a positive mindset, and Casarez said that he saw great things from both teams.

“Both girls and boys showed lots of effort and lots of fight during each race,” Casarez said. “Some underclassmen struggled to fight but most held their ground. It was very exciting to see the team compete.”

Now Leyden’s cross country team will work hard and get prepared for their next meet this Saturday at the Immaculate Conception Invite.

“Our goal for the next meet is to ensure that we are more competitive than before,” Casarez said. “We want to see where we are at as a team, and how much we have developed throughout the last few weeks.”