Nail Biting and Teeth Gritting for this Summer 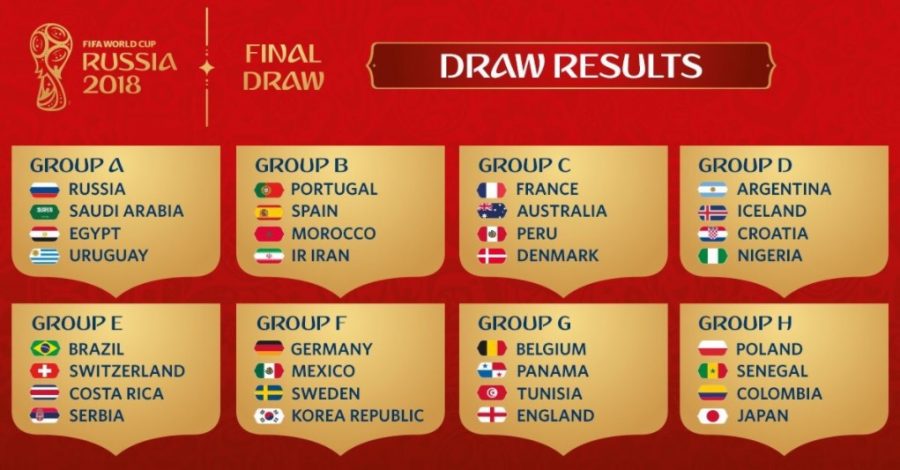 The World Cup means alot to people.  It brings people together from all countries of the world to watch the infamous play-offs for the world cup.  For some students here at Leyden, the World Cup is an exciting event especially because they have only witnessed around 3 or 4 of them.  With the World Cup occurring every 4 years, it is a pretty big deal for people when they finally come.  Last Friday on December 1, the lineup was finally posted and some people were in shock.  According to senior Abel Estrada, “This year’s lineup is exciting…. The teams this year are challenging and it’ll be exciting to see them compete.”

Although our beloved USA team did not make the playoffs this year, Omar Patino states, “Hopefully for the next four years they can come back stronger,” and hopefully, that is the case.  Not only are fans upset about USA not making the playoffs, but Abel Estrada is even more upset and worried for the teams Mexico has to be up against.  “Germany and Mexico are good teams… it’ll be interesting to see what goes down between them,” says Abel Estrada.  Even though our two Varsity Soccer players believe in their Mexico team, they don’t think they’ll make it far into the playoffs.  With Germany winning the past World Cup in 2014, Omar Patino has high hopes for this year’s Germany team, and both the soccer players have high hopes for France and Spain.

Priceless reactions were on all faces of soccer fans on December 1, when they line up was released.  There will be more to come on the 14 of June when the first match begins in Russia.